His smart Victory & Peace ribbon sash is adorned with the exclusive Victory & Peace 75 badge and he is proudly wearing a genuine Victory & Peace Medal. To complete Victor’s distinguished finish and to ensure this teddy is far more collectable than your average bear, the Merrythought and Victory & Peace badges have been hand stitched onto the pure wool felt paws.

*£12.50 from the sale of each teddy bear will be donated to SSAFA - the Armed Forces charity.

Only 250 of these handsome, highly collectable bears will be made, each with their own special number and individual character. Victor is approximately 12”(30cm) tall and comes in a luxury, bespoke gift box. 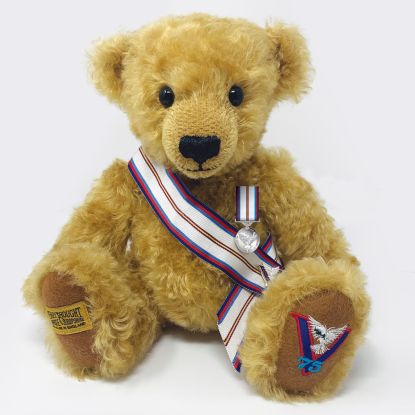 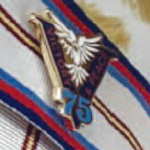 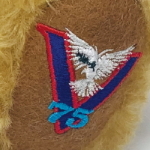 The exclusive Victory & Peace 75 badge is embroidered on the left paw of each teddy bear. 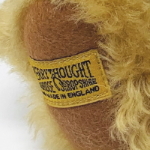 The Merrythought badge on the right paw guarantees the superior quality of this bear that can last a lifetime.

History
*AWARD and SSAFA - the Armed Forces charity have jointly commissioned the exclusive Victory & Peace 75 badge to help raise funds for the charity's important work. We will be donating £12.50 from each teddy bear sold in support of SSAFA, the Armed Forces Charity. Registered as a charity in England and Wales, Number 210760 in Scotland Number SCO38056 and in Republic of Ireland Number 20202001
Testimonials
Customer feedback
“Once again I can’t but give you the highest of praise for your truly super customer service response ,in this day and age its really nice to find such treatment from a large company”
Customer: W Lay
“I have received my Grandad's medals back and would like to thank you for the outstanding job that has been made.”
Customer: C Hardy
“Received package today. We are delighted with the finished product, it has way exceeded our expectations. We will not hesitate to use your services again.”
Customer: S Scott
“I just received my order. Not only did it arrive in time, the product is beautiful and beyond my expectations.”
Customer: R Magee
“Thank you very very much for the great fantastic work you did on the Medal Sets you sent to me. They are a great tribute to my fathers memory and service.”
Customer: D Hancock
01952 510 053
Speak to our expert customer service team Mon-Fri 9am to 5pm.