UNMOGIP was established in January 1949 to supervise the cease-fire between India and Pakistan, in the State of Jammu and Kashmir. 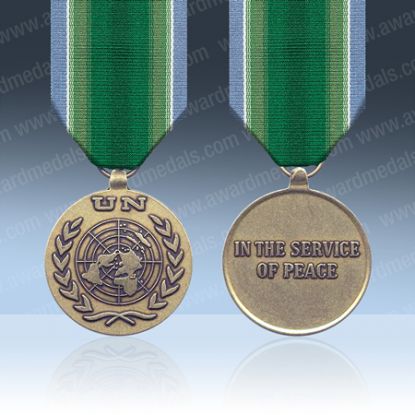 Medal Ribbon
The ribbon bears a wide central band in various shades of green to represent the Himalayan Range and the Kashmir Valley, flanked by narrow white stripes representing the snow-capped mountains. Two equal bars of UN blue appear at either end of the ribbon.