The Great War was like no conflict before it. The full industrial might of nation states, backed millions of fighting men in a war which saw casualty figures on an unprecedented scale. 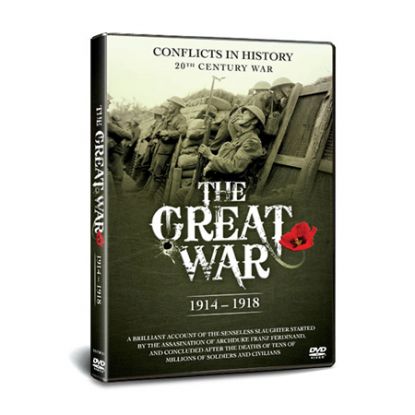 Add to Wish List
Description
P> Slaughter in the trenches destroyed almost an entire generation of young men, whilst the very fabric of society was transformed, leading directly to the birth of modern Europe. Through fascinating and at times shocking footage, this DVD tells the stark story of the First World War, which even a hundred years on remains a visceral national memory.