The Silver War Badge was issued in the UK to service personnel who had been honourably discharged due to wounds or sickness during WW1. 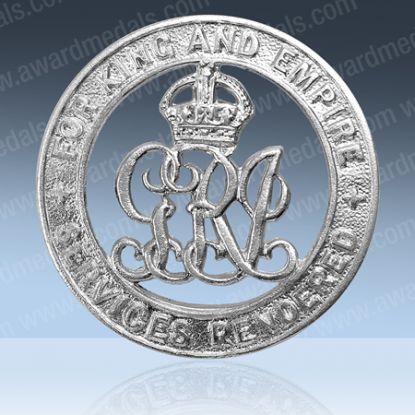 The badge, sometimes known as the Discharge Badge, Wound Badge or Services Rendered Badge, was first issued in September 1916, along with an official certificate of entitlement.

The sterling silver lapel badge was intended to be worn in civilian clothes. It had been the practice of some women to present white feathers to apparently able-bodied young men who were not wearing the King's uniform. The badge was to be worn on the right breast while in civilian dress, it was forbidden to wear on a military uniform.