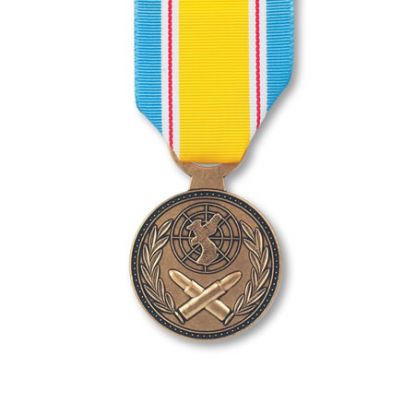 Originally known as the Incident Participation Medal the medal was first authorized to South Korean troops who had participated in the initial counter-assaults against North Korean aggression in June 1950.

This medal is supplied with a loose ribbons as it would have originally have been awarded. If you would like this medal mounted on a bar either on its own or group mounted with other medals purchased please select from the options in the Personalisation tab.