SKU
APMM
£19.50
Type
Skip to the end of the images gallery 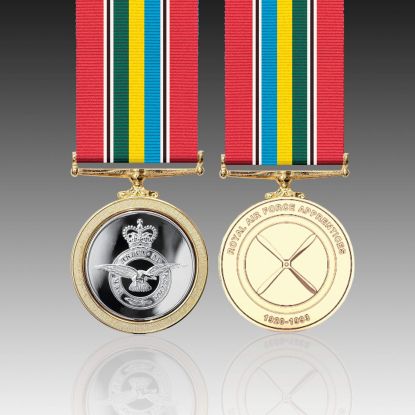 The obverse of each medal bears the Royal Air Force badge, minted on a 28mm (1.1”) nickel-silver plated and highly polished medallion which is set in a 36mm, 24 carat gold-plated medal.

The ribbon incorporates an amalgam of hatband colours generally worn by RAF Apprentices during their period of training at a Royal Air Force Apprentice Training School.

Many of these young men, who came to be regarded as the backbone of the Royal Air Force, gave their lives in service for their country, both on the ground and in the air, and their contribution will never be forgotten."