NATO ISAF Afghanistan Replacement Medal. The NATO Medal is an international military decoration which is awarded to various militaries of the world under the authority of the North Atlantic Treaty Organisation. There are currently ten versions of the NATO Medal in existence, for service in Yugoslavia, Kosovo, the Republic of Macedonia, two for service during Article 5 operations (Eagle Assist, Active Endeavour), and four for Non-Article 5 NATO operations (ISAF, Balkans, NTM-Iraq, and Pakistan).

SKU
NISAF
£22.25
Skip to the end of the images gallery 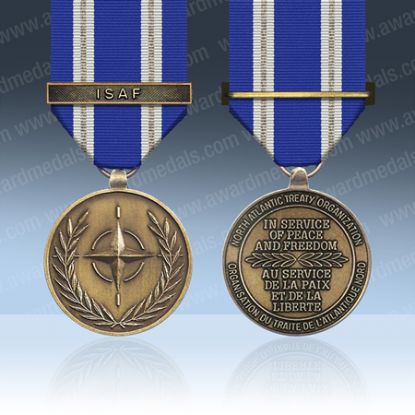