Miniature version of the Meritorious Service Medal which is a silver medal for distinguished service, or for gallantry, principally by non-commissioned officers of all of the British armed forces and of Queen Alexandra's Royal Naval Nursing Service. The Meritorious Service Medal was instituted on 19 December 1845 for the British Army, to recognise meritorious service by non-commissioned officers. Recipients were also granted an annuity, the amount of which was based on rank. 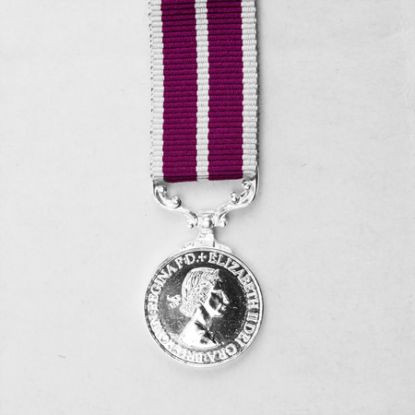