The Member of the British Empire Medal features a cross patonce in silver. Within a circle on the obverse of the medal are the conjoined left-facing busts of King George V and Queen Mary, surrounded by a circle inscribed for god and the empire. The royal and imperial cypher GRI surmounted by a crown, the whole enclosed in a cable circle is featured on the reverse of the medal, the cross is suspended by a crown and a ring.

SKU
MBEFC
£49.50
Skip to the end of the images gallery 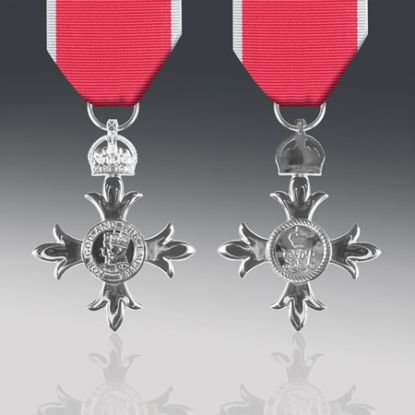 Medal Mounting
This medal is supplied with a loose ribbon as it would have originally have been awarded. If you would like this medal mounted on a bar either on its own or group mounted with other medals purchased. Full-size Commemorative & Official Medals CANNOT be group mounted together.