From our confederate memorabilia, insignia and flags collection is this rectangular variant of the battle flag used by some Confederate Army Units, now called "The Confederate Flag" or "The Confederate Battle Flag", despite its never having historically represented the CSA as a nation, has become a widely recognized symbol of the South. It is also called the "rebel", or "Dixie" flag, and is often incorrectly referred to as the "Stars and Bars".

SKU
LBCON
£5.95
Skip to the end of the images gallery 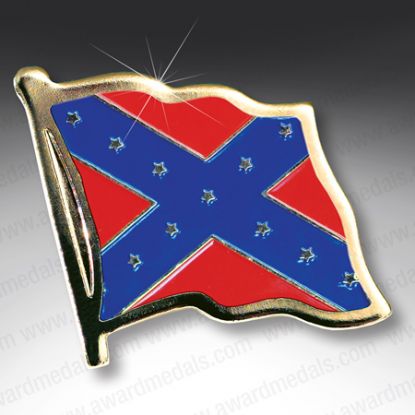 Free Presentation Box
This Confederate Flag Lapel Badge is fitted with a secure clutch pin attachment and will arrive in an individual presentation box for safe keeping.