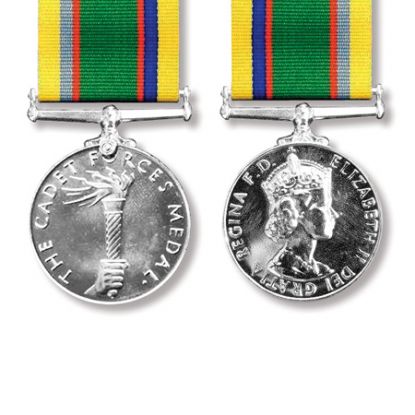 The Cadet Forces Medal was issued to Officers and Instructors within the Australian Sea Cadet Corps/Naval Reserve Cadets, Australian Army Cadet Corps and Air Training Corps between 1950 and 1974.

Medal Edge Engraving
Your service number, rank, name & initials and regiment or service can be professionally diamond engraved on the edge of your Medal making it an even more personal and precious heirloom.