The criteria for the Bomber Command Clasp requires prior qualification for the 1939 to 1945 Star, to which it will be affixed, with the additional requirement to have flown at least one operational sortie with a Bomber Command operational unit. A clasp was deemed more appropriate, by Sir John, in the case of Bomber Command as aircrew had already received either the Aircrew Europe Star or the France and Germany Star and another medal would have constituted “double-medalling” for the same service.

SKU
BCCF
£6.70
Skip to the end of the images gallery 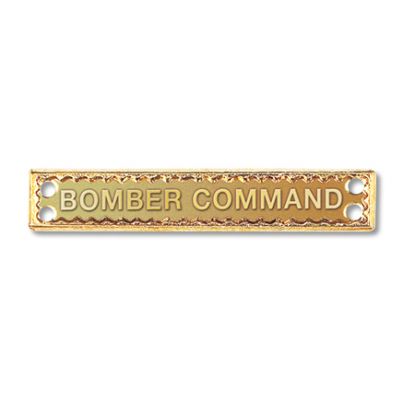 Please note that these are replicas, struck in exactly the same way as the original issue and are available without restriction. You are not required to provide proof of service.