This April was the 70th anniversary of the signing of the North Atlantic Treaty and on Tuesday 3rd December London will be host to the next NATO Leaders Meeting.

The UK was one of the 12 founding members of the Alliance offering transatlantic cooperating in safeguarding the freedom of NATO's citizens, which now compromises 29 countries, and continues to provide significant financial support, personnel, expertise and equipment.

AWARD supply museum-quality NATO medals and die-struck in the UK to the same exacting standards as the original medal to commemorate the 70th anniversary of this vitally important institution.

The medals were awarded to various militaries of the world under the authority of the North Atlantic Treaty Organisation. All medals are priced as individual items and are supplied with loose ribbon, unless stated. 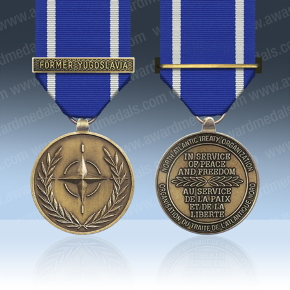 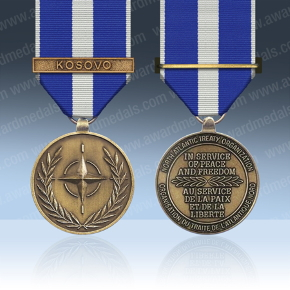 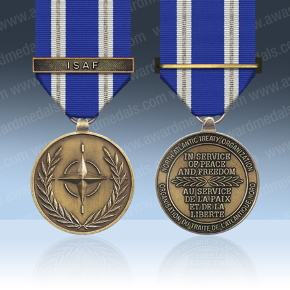 We show here the NATO medals for Former Yugoslavia, Kosovo and ISAF Afghanistan and the complete list of full-size and miniature NATO medals available are linked below.