The Strength Of Versatility In The Face Of Conflict

On Monday night the BBC’s medical correspondent Fergus Walsh demonstrated the mathematical power of fine margins in the battle against the virus. He demonstrated that by taking measures such as social distancing, we may reduce the spread of the virus by around 95%. 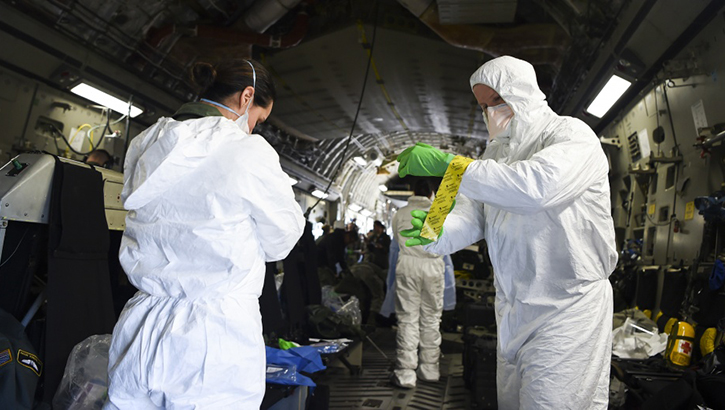 Such measures, however, are far from straightforward for many but in this time of challenge, it has been inspiring to see great displays of versatility to overcome this challenge. From the re-employment of tens of thousands of retired NHS workers to the millions of individuals now working from home and the various hotels opening their doors to the homeless, recently there have been various acts of sacrifice and re-purposing to aid society’s efforts to contain Covid 19. These acts of selflessness and unity are hallmarks of the strength of this nation in the face of threat and they are no new occurrence.

Indeed, many politicians are claiming that the country has not faced such an economic and social threat of this extent since the Second World War. The Second World War was a very different threat however by 1944, a third of the civilian population were engaged in war work to directly support the country’s war effort in any way they could. These civilians often had no or minimal experience in the areas of work they joined but became an essential support system from which the war effort could continue. It is now 75 years since the end of the Second World War but it is apparent that once again through the nation's struggles, our spirit of unity and versatility may be key in overcoming the struggle against Covid 19.

In commemoration of the 75th anniversary of the end of World War II and in memory of the spirit of unity and resolve the country is showing again we are currently offering a FREE Victory and Peace 75 Lapel Pin with all orders until VE Day 8th May 2020.
Simply use the code FREEVE at checkout.