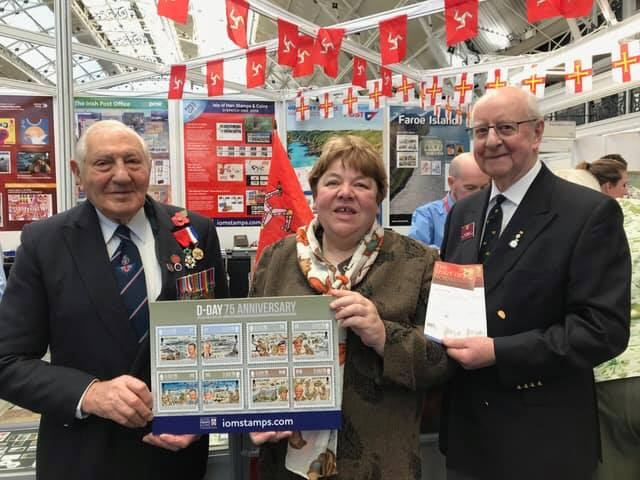 The Isle of Man Stamps and Coin department under the Directorship of Maxine Cannon launched their 75th Anniversary of D-Day stamps at CoinEx in London on February 14th 2019. The event was attended by Ian Stewart CM, Vice Chairman of the Spirit of Normandy Trust and Veteran Mervyn Kersh Leg.d’ hon. Mervyn was accompanied by his daughter Lynne and the launch was hosted by Maxine Cannon. The Isle of Man Post Office are supporting the SONT and the YHP for Normandy 75.