SKU
EABF
£6.70
Skip to the end of the images gallery 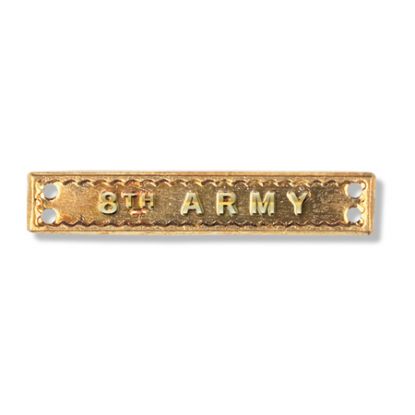 This award is controversial because Eighth Army was created in October of 1941 and fought in Africa for a year before the award service requirement. The award dates from the start of the El Alamein battle that ultimately led to the German eviction from Africa.

Reportedly General Bernard Montgomery refused to allow Eighth Army soldiers who fought under his predecessor, General Auchinleck, from October of 1941, and even his first few months of service starting in August of 1942 to wear the award.